Last week I posted about the bold colors on the Gothenburg Library website. They got in touch and directed me to some of their print stuff that has the same look and feel. 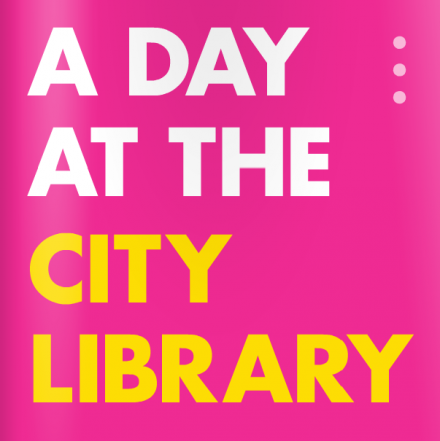 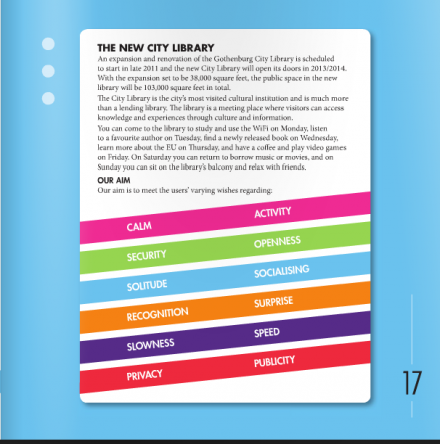 I like it, and I especially like it for its consistency. See more at the Stadsbiblioteket Goteborg issuu profile.

I’m really impressed that this branding campaign was done in house at the Calgary Public Library.

Grant Kaiser, manager of marketing for the CPL sent some details:

Our “Everything You’re Into” campaign grew out of our extensive new branding project, which looked at all our interactions with customers and citizens, not just at the logo.   We tested dozens of potential slogans we developed in house with focus groups (managed by a research firm). “Everything You’re Into” was the clear winner.  People felt it was accurate, believable, approachable, and positive,  They also described it as a curious blend of inspiring and (positively) challenging – it made them think about themselves and what they liked, and then think about how the Library might help them.

All of the creative was done in-house, with the exception of the actual photography.

Once it’s over, we’ll do it again to see where the numbers moved.  We test things such as top-of-mind awareness – essentially asking if you considered using the Library recently when you needed information, wanted something to read, watch, or listen to, etc.  We also test recall of the actual campaign.

Back in April I wrote about the national* symbol for libraries and its implications. I created an updated version for the post and for some Creating the Future for Libraries notebooks. 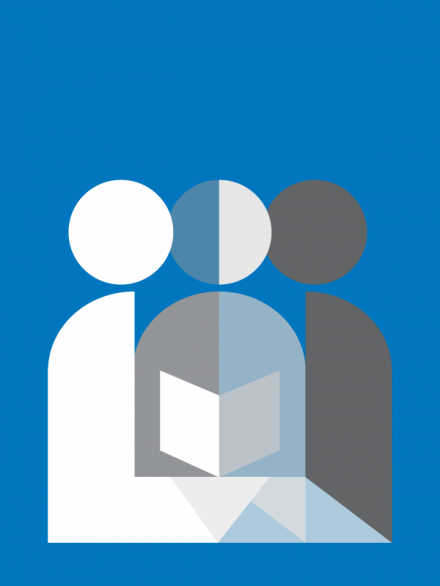 A few people asked me if they could use the image and inquired about the license. Finally I’ve gotten around to putting a license on it. Note that while attribution is included in the license, please consider it optional. By the way, why isn’t there a “no attribution” option?

This work is licensed under a Creative Commons Attribution-NonCommercial-ShareAlike 3.0 Unported License.

*It is interesting that ALA calls it the national symbol. I guess they can’t declare it the universal symbol, but I’ve seen it used all over the place.

Eli Nieburger tweeted about this awesome advert for an Ann Arbor District Library gaming event. Awesome, huh? It is great to see engaging library events being prompted with engaging ads. 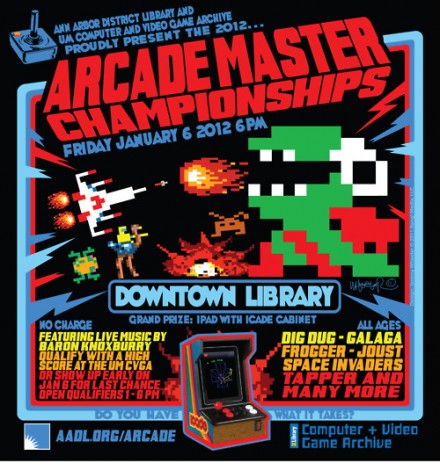 This is an example of what I mean when I say that libraries need to consider all of their touchpoints when facilitating a good user experience. Way to be thorough, AADL!

I contacted the guy who made the ad, Jeremy Wheeler, and he gave me permission to show you some more stuff he made for the AADL here. 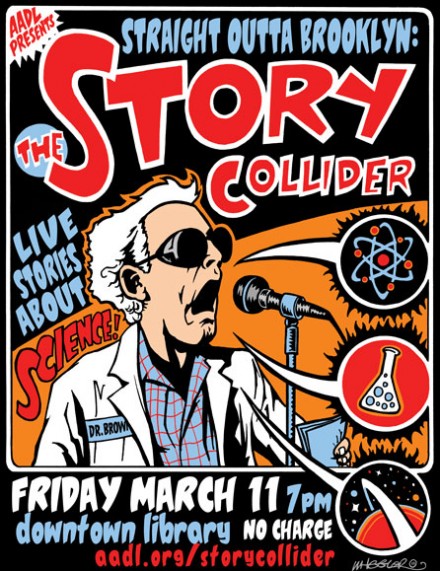 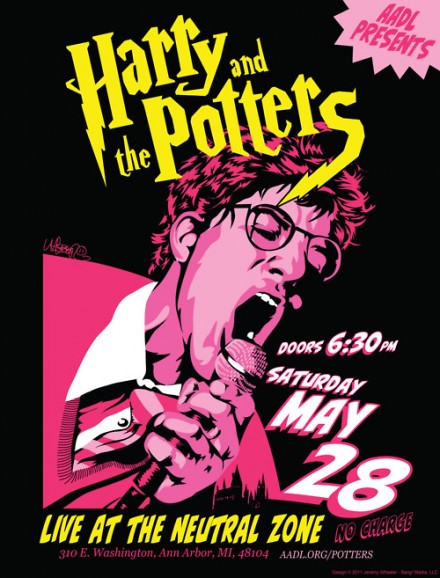 The first 30 seconds of Hartford Public Library’s new promo video raised a big red flag: Where are the people in the library?

My worry was put to rest. Picking up the pace, the video does a fantastic job describing the library by highlighting what it does and what people can do there. There’s no verbal mention of the collection or even specific library services. The video aims higher. 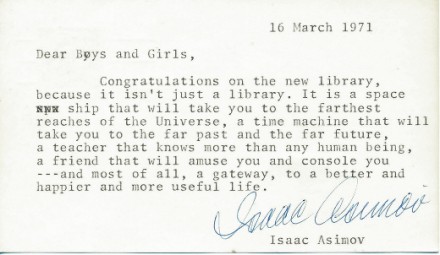 “In early 1971, Hart wrote to dozens of actors, authors, artists, musicians, playwrights, librarians, and politicians of the day. She asked them to write a letter to the children of Troy about the importance of libraries, and their memories of reading and of books.”

See more of the 97 responses at the Troy Public Library website.

[via Letters of Note]

The Queen Anne location of Top Pot Doughnuts is just a stones throw away from the branch of Seattle Public Library and is decorated with a bunch of heavy tomes on wood shelves.

I’m not sure if the SPL has anything to do with this nice offer. Regardless, it is nice for library cards to have additional value around the community.

I presented my Multnomah Public Library card to see what would happen. It worked! $1 off. No questions asked, just a pleasant chat about Portland and how many people flash their library card for the discount. The answer: a lot.

At the DCPL we’re evaluating ways to automatically offer patrons email accounts and online storage space when they register for a card. And thinking about if the idea even makes sense.

Here’s what Dropbox sends when someone who signed up for the service hasn’t recently used it. These go out only occasionally (from what I understand, I don’t think I’ve ever not used it since signing up!) so it isn’t overbearing or terribly spammy. Plus? It is short, easy to read and rather engaging.

Are any libraries sending out email prompts like this when someone hasn’t used their library card?

LIS Students from the University of Toronto are drumming up support for their participation in the A Dare to Remember AIDS awareness campaign by walking around Toronto and photographing people with a giant I ♥ librarians sign. 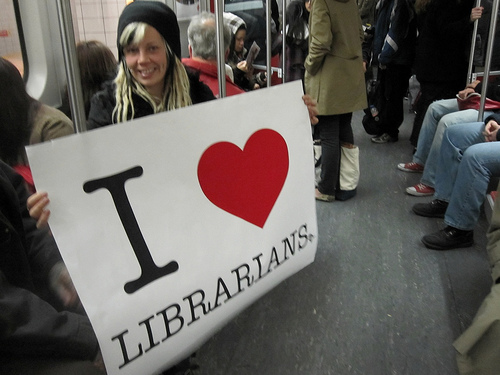 Check out the I ♥ librarians photostream on flickr because there are some great shots.

LIS Students from the University of Toronto are drumming up support for their participation in the A Dare to Remember AIDS awareness campaign by walking around Toronto and photographing people with a giant I ♥ librarians sign.

Check out the I ♥ librarians photostream on flickr because there are some great shots.