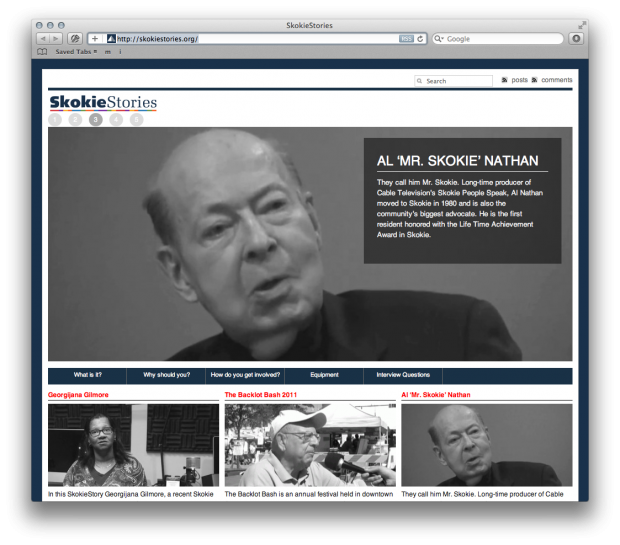 Like LibraryYou, here’s a great example of a library collecting content from their community. The Skokie Public Library also does a nice job highlighting what their patrons are making in the library. I’m a big fan.

[Thanks to Toby for telling me about Skokie Stories.]

Additionally I want to promote other efforts on campus. The Career Center and all their workshops, the various free talks and performances, tutoring and writing assistance, etc. Tapping into the lifecycle of the student and pushing appropriate content to them, regardless if it is library-orientated or not. I want the Library to be in-the-know on campus affairs.

This is a productive way to use social media but the larger story – thinking of the library as an aggregator and publisher of host system information – is much more important than the particular expression of it.

This is interesting in itself, true. But it is even more exciting considering it is a step closer to thinking about libraries as aggregators and publishers of information from individuals and groups participating in the same host system as the library.

Before you go hunting for your library card, there are a few factors to consider. While there are positives to borrowing eBooks from a library, the process has significant limitations that can be frustrating.

New Way to Check Out eBooks gives a fair assessment of all of the issues surrounding, and actually using the OverDrive Media Console. The only plus she mentions? Library eBooks are free. But related to that, the author writes:

The idea of waiting for a book with many people lined up to borrow it is enough to inspire even some of the most frugal readers to cough up the dough to buy digital books. 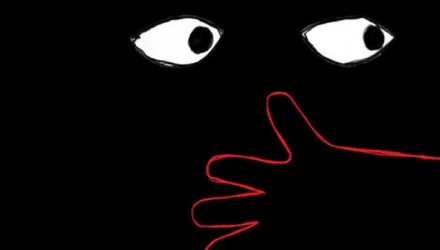 Last night I saw an early production of “Futura,” at Portland Center Stage. It’s a dystopian tale about electronic content, privacy, writing, authorship and the ownership of information wrapped up in a bunch of typography goodness. So if you’re into information issues (and if you’re reading this I bet you are) and in the area you should go see it. If you can’t see the play, pick some copies up for your library book. It would be perfect to read in an LIS class too.

The Oregon Humanities Council and PCS arranged a conversation between the play’s author, Jordan Harrison, and me this afternoon. Talking with the author was a real treat and nerding out about library issues with a bunch of non-librarians was pretty great!

Or we could save our energy and find untapped sources of content created by our local users and work together to create a single publishing platform and rights-management tool to allow easy creation and access to local content.

That’s the excellent ending of Kathryn Greenhill’s answer to her own question: How do we force publishers to give us ebook content that includes works that our users want and that they find easy to download to their chosen device?

This is such a compelling vision of a way forward for libraries. Not only is it more attainable than forcing publishers to do anything (or even compelling them) but it would result in a much more meaningful public library.

I’m looking forward to the rest of the posts in her series!

What a blasted mess.

Good on Multnomah County Library for helping patrons through this quagmire. See the rest of their FAQs: E-books and Downloadable Audiobooks: Frequently Asked Questions. Pima County Public Library has an attractive and succinct explanation at their Downloadable Media Online page.

As nice as those pages are, they serve as evidence of a totally broken process. A process that we’re expecting our users to endure in order for our digital content to have relevance. This isn’t a recipe for success.

Our are audiobook offerings something that we can be proud of? If not, why are we representing ourselves like this?

I came home from getting my hairs cut yesterday and saw the ListenIllinois website on displayed on my monitor. After adding 2 and 2, I figured that my father-in-law, who was crashing at our place for a few days, was looking at which books are available. He has recently retired, but before he did he was an avid audiobook listener when he traveled for work. Evidently he’s listened to nearly 1,000 books on tape and CD. (!) Now that he’s traveling for fun full-time, he needs some sort of audiobook solution that doesn’t include having to return materials on time. That’s what the new 60GB iPod sitting on the desk is for. He really must trust me, leaving that thing around. I won’t be able to put any library audio eBook content on his iPod. ListenIllinois runs on authorized-only Audible compatible players. And if you’ve read any of the audio eBook conversation going on, you know that content from OverDrive and Recorded Books – soon to be integrated into ListenIllinois’ catalog – won’t work on iPods because they are Windows Media Audio files.

What interested me about all of this was his assumption about how audio ebooks from a library would work. Moments like these are insights into how people think libraries operate and are valuable.

One very simple way to manufacture these moments of insight is to listen to your users. When they ask something about the library, or have an incorrect assumption, it isn’t because they’re stupid, its because they have different expectations of the library. If one person thinks that, for instance, your public computers ought to have WordPerfect as well as Word, maybe more people feel the same way. And maybe this is because Dell, one of the top (quantity-wise) producers of PCs in the world stopped providing as many pre-installed copied of MS Office on computers, and rather includes WordPerfect (true story). Take these expectations seriously, because they just might be logical, employ the path of least resistance, or save the time of the reader.

*Okay, maybe I want to have that conversation here. Much like J.K. Rowling’s piracy-begging refusal to release a HP6 eBook (HP6 scanned, proofread, and online in 12 hours after being released) and her piracy-begging exorbitant price for a HP6 audio eBook (bootlegs HP6 audiobook available) all of this audio eBook DRM madness is going to force me to, guess what? To meet the audiobooks needs of my father-in-law, I’ll either rip books from CD to MP3, download from people who have already done this, or, if I’m really desperate, burn Overdrive content to CD, then rip to MP3.

The thing that really, really gets to me about this situation (and our OPAC situation) is how we’re pretty much forced to endure the whimsy of the industry (and deal with many institutionalized hurdles). Let’s not let this impotence lead to apathy, pretty please?