There’s been a ton of great stuff about library website user experience recently.

Stephen linked to Matthew Reidsrow’s report of a Krug-esque testing routine at Grand Valley State University Libraries. He shares all sorts of useful documents at the end of his post. Bonus: don’t miss his post on using jQuery for making their link resolver usable. Aces! GVSU’s monthly testing has paid off. Check out their site: 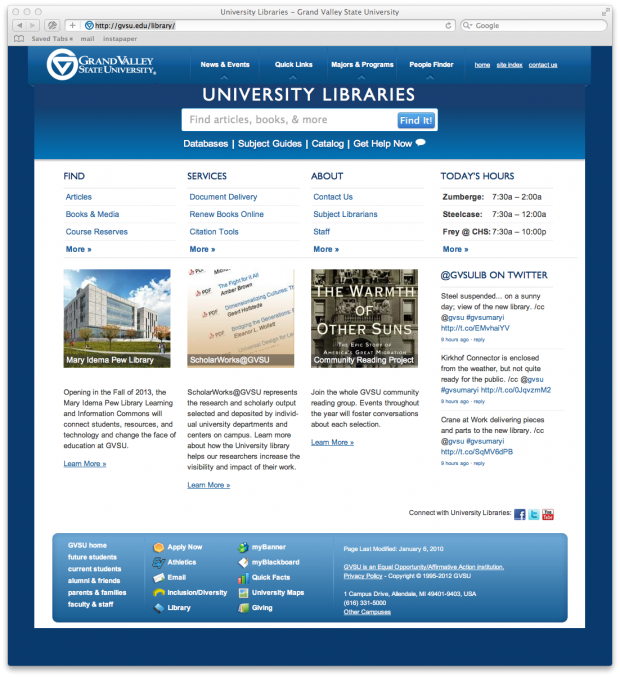 HathiTrust gives some information about how they used past research to create persona documents. They’ve also posted the documents.