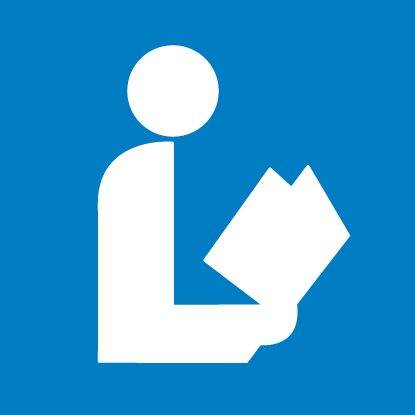 From ALA Library Fact Sheet 30:

The image debuted in its official capacity in the 1982 ALA publication, A Sign System for Libraries, by DeVore and Mary S. Mallery, and was the cover story of the September 1982 issue of ALA’s member magazine, American Libraries. DeVore’s original design scheme for the image (similar to the image shown below) was an opaque white silhouette against a blue (specifically, PMS #285 blue) background.

This is a great symbol on a number of levels. It’s striking, memorable, and the “L” is clever. If I were DeVore or Mallery I’d be so proud to see this symbol all over.

But characterizing libraries as places where people read alone was a mistake.

Here’s another take. It isn’t as clear – a major shortcoming for a symbol – but it is a more accurate way to describe how we should be thinking about libraries. There’s still room for solitary reading, sure. But there’s more going on. There are people. Not only do we need to think of our institutions in these terms, we need to convince the public to think of us like this too. Otherwise, more libraries will turn into kiosks. 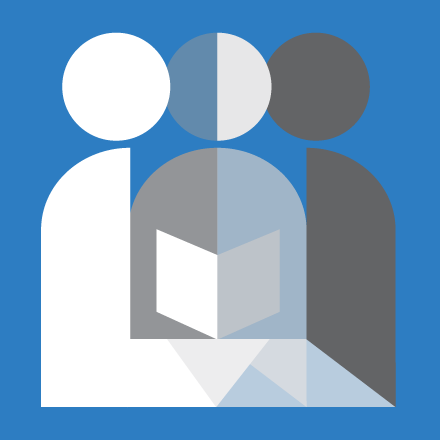 We can change that narrative by emphasizing not content, but people and interactions.