I visited some great places as part of my participation in the Gates Foundation’s 2010 Global Libraries Peer Learning Meeting.

The libraries I saw have overcome their addiction to circulating content. Now they’re all about doing, making, publishing, working, and experiences revolving around content. People are still getting print books and CDs for the library, sure, but other stuff seems more important. Here’s a little report. 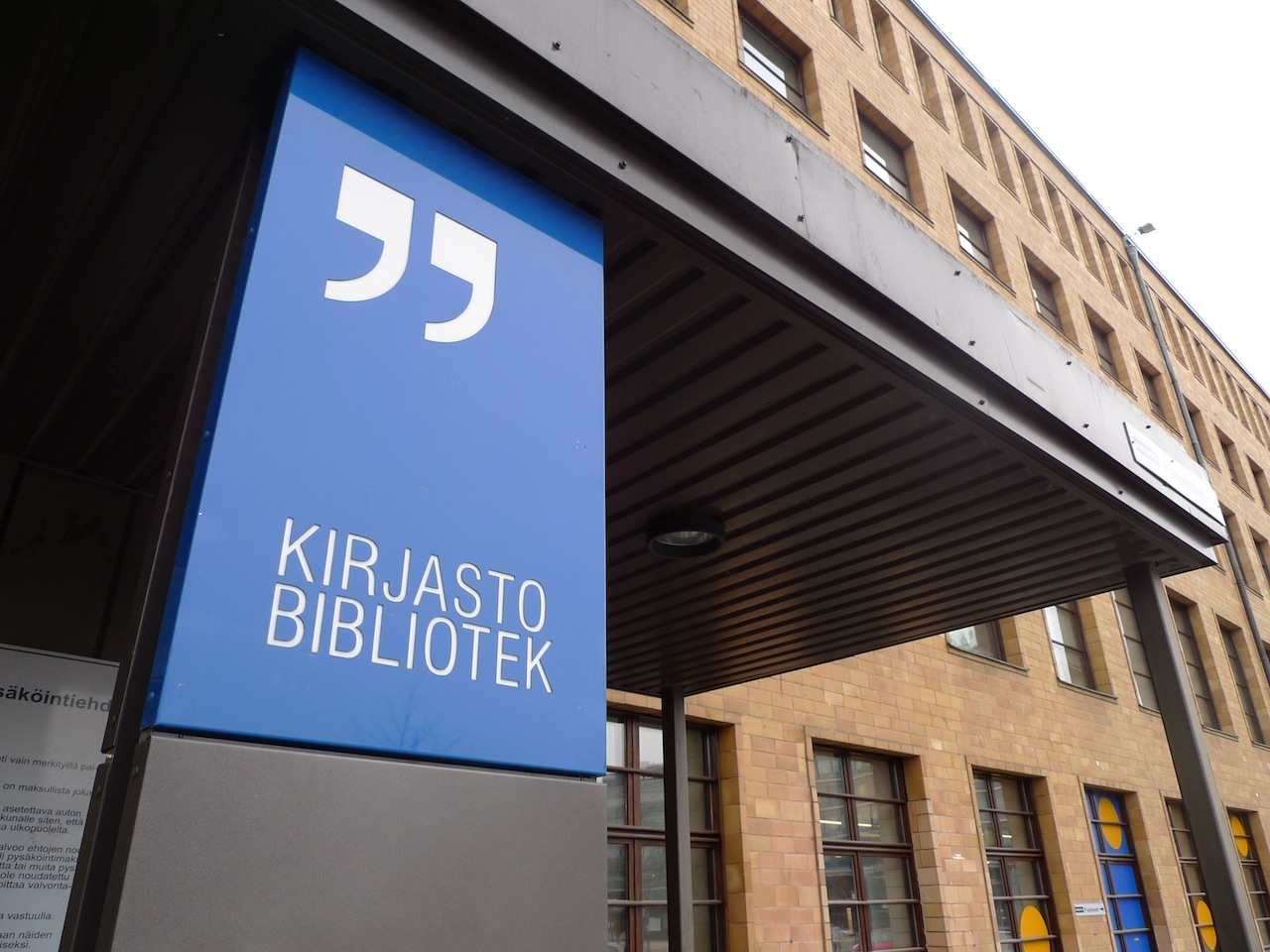 The first place I visited was the Helsinki CIty Library’s central location: Library 10. Even though it is the central library it is considered a music library and there aren’t many books. Right now about 70% of the space is devoted to people and 30% to materials. Their next design will expand the space for people to 80%. 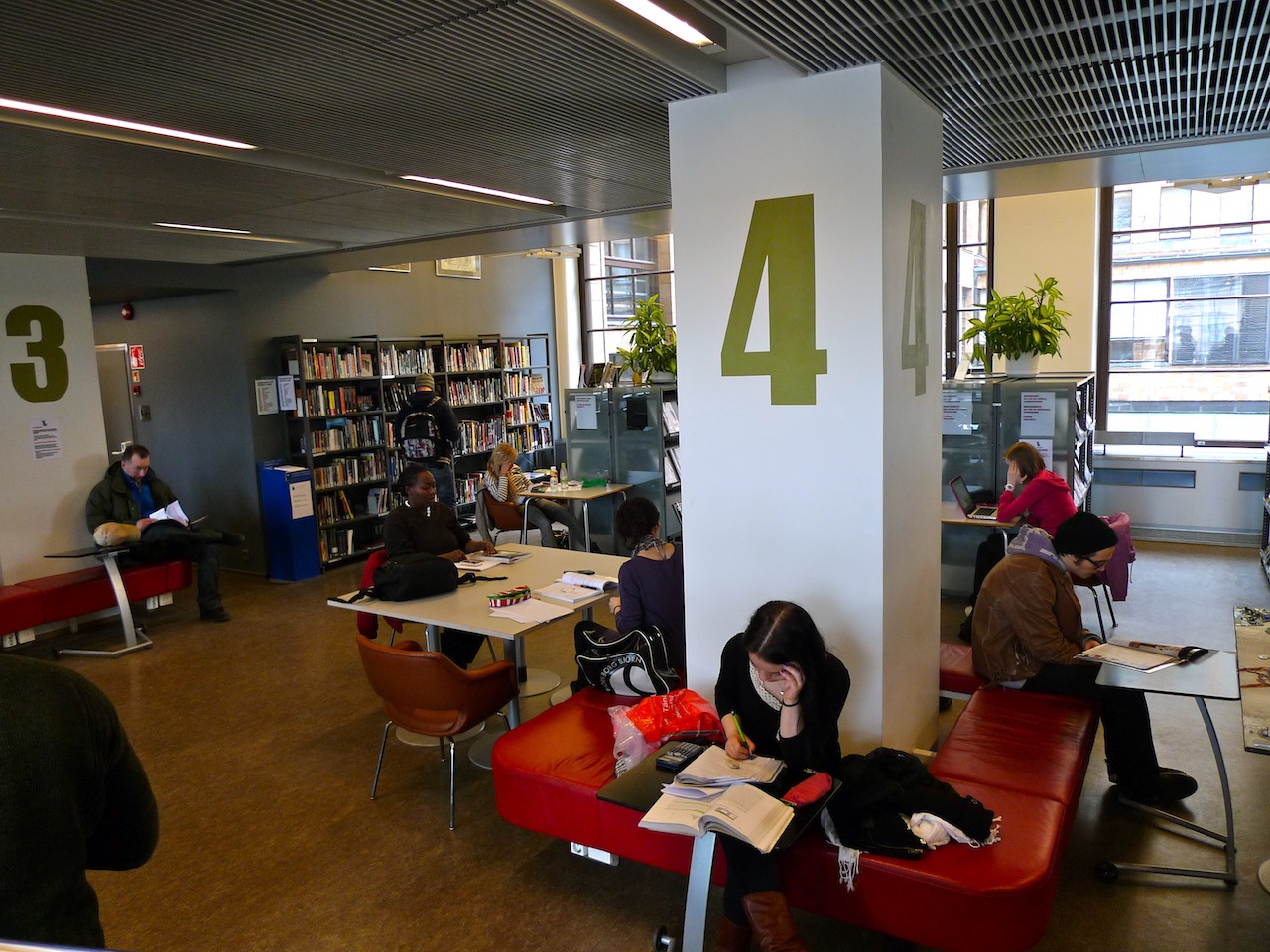 Instead of books people check out guitars. 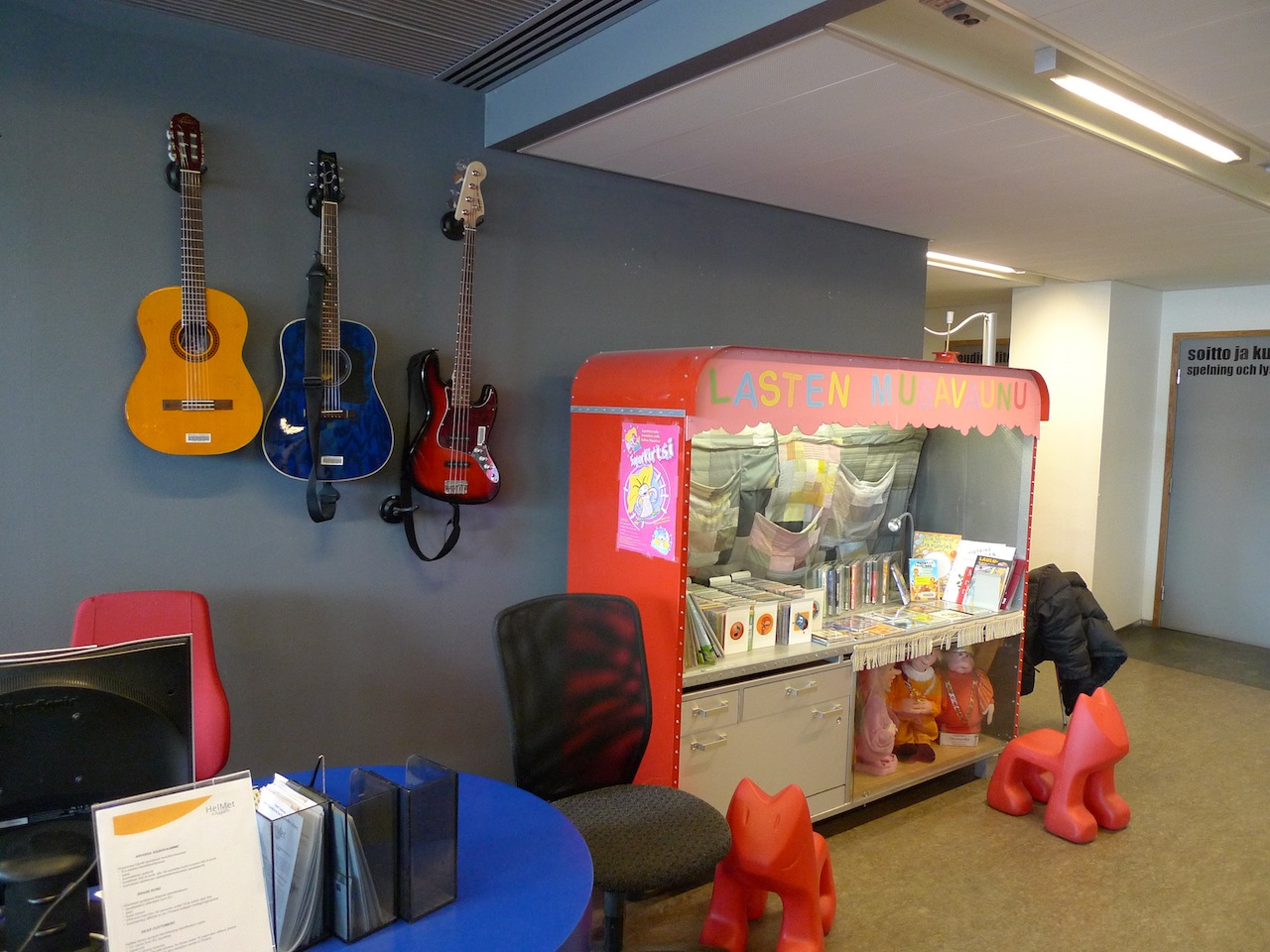 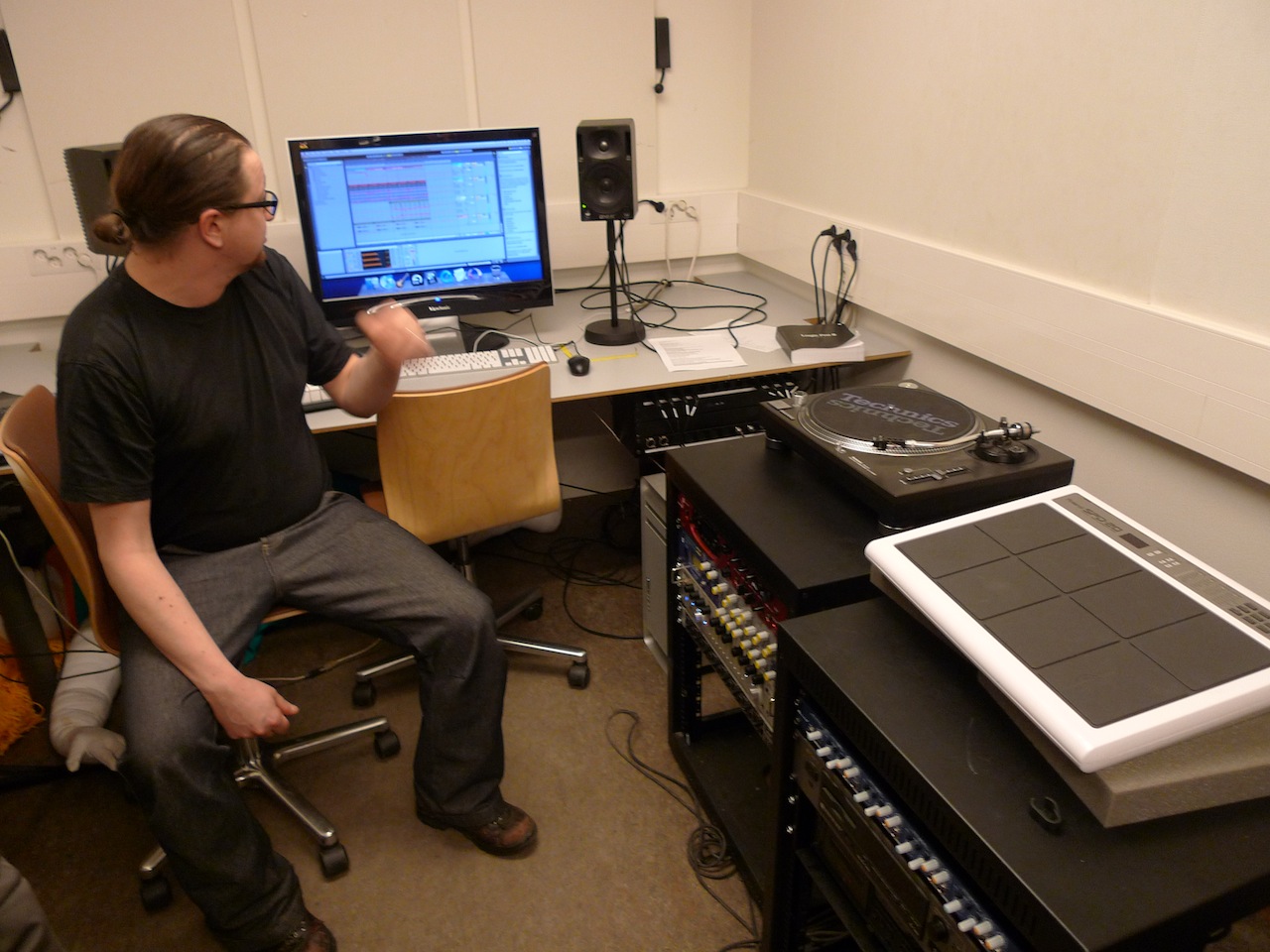 There’s a radio station and the library broadcasts a small segment locally every day, and nationally once per week. 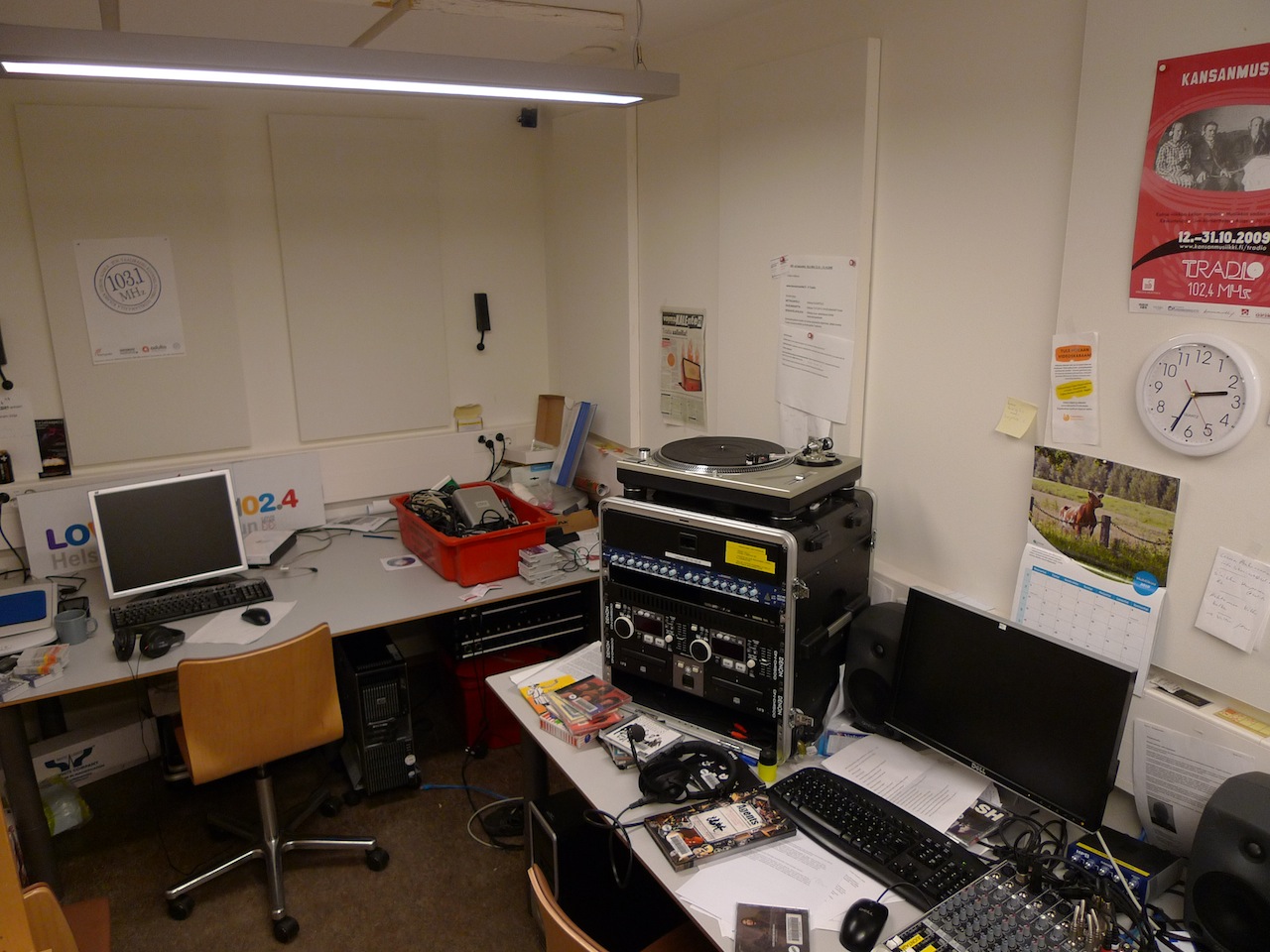 The library is certainly nice looking but it isn’t flashy. That’s a pretty accurate description of Helsinki in general so it fits.

The chairs of this area are often moved out and a stage is set up. They host cultural events and record many of them. They’re interested in the library as publisher of content. One great fact about the events held at the library. Over 80% of them are organized by library users. Librarians just facilitate hosting the events. 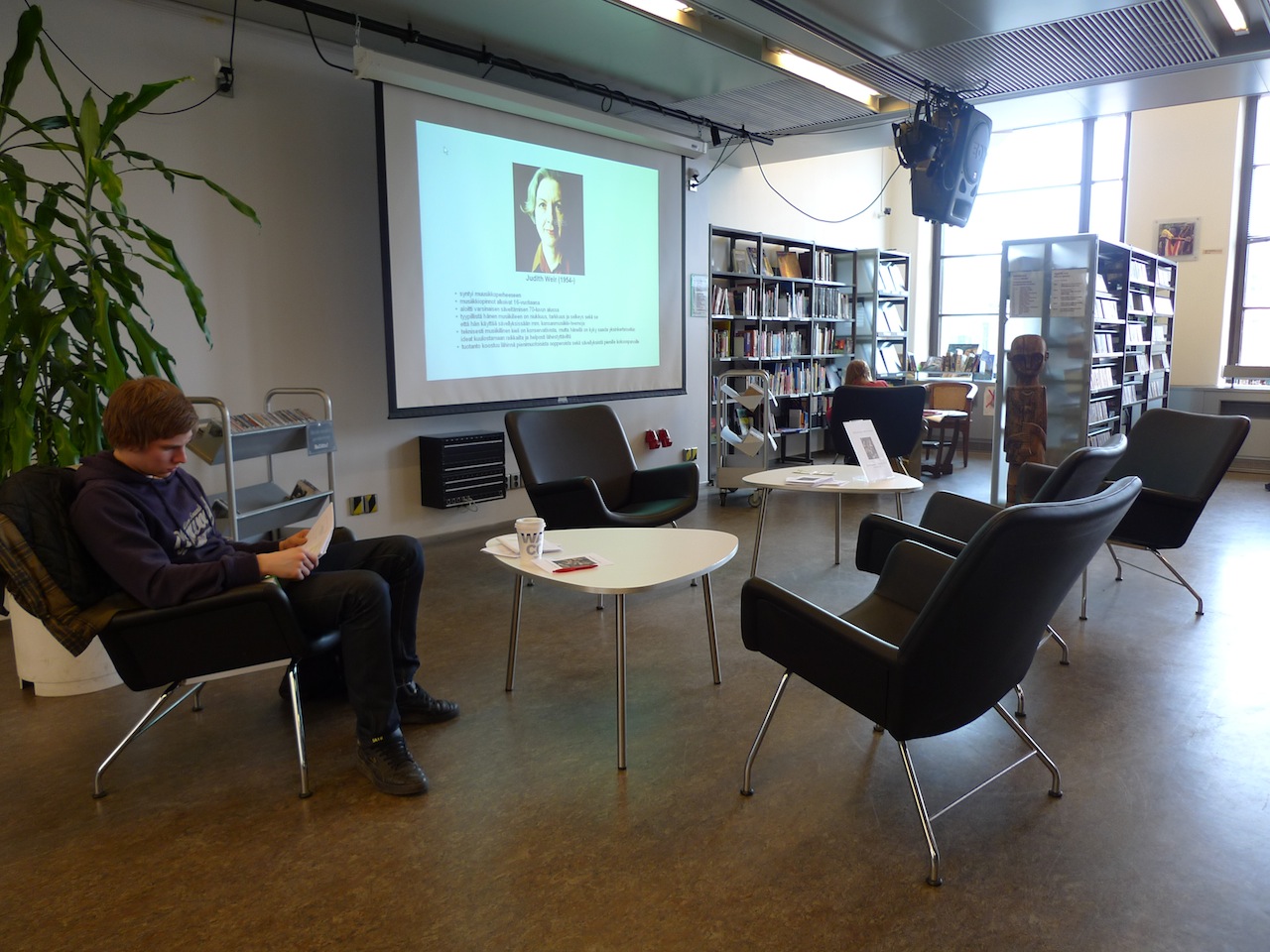 Modularity is a big part of the library. All of the big furniture is on wheels and can be easily moved. They’re not limited by outlet placement because there are outlets everywhere in the ceiling. While most of the staff furniture stays put, people rearrange the public’s furniture daily. It is straightened up every morning and staff look for patterns to help plan future layouts. 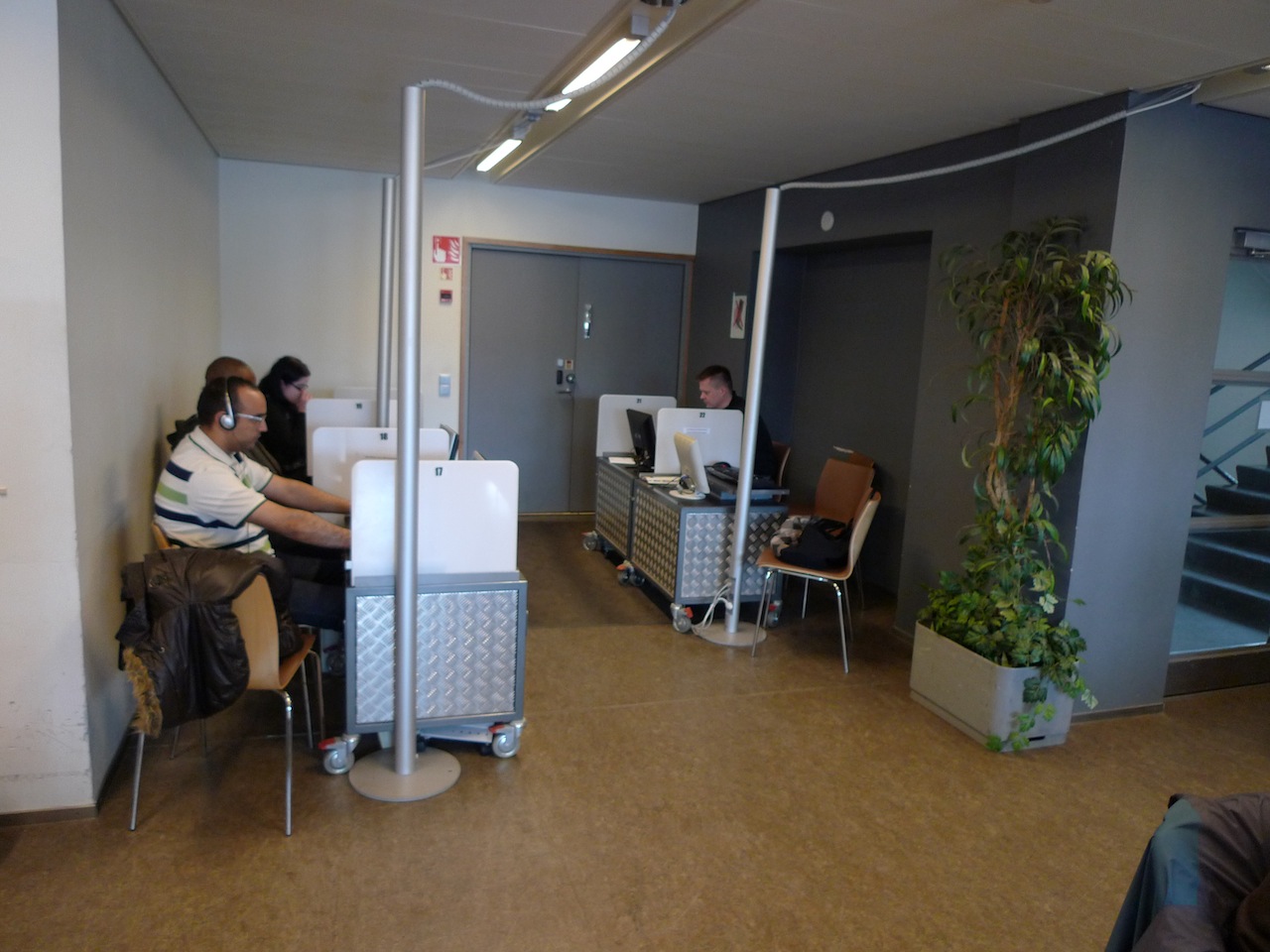 It is impossible for library patrons and staff to sit on opposite side of a desk. They work together answering questions. Staff were resistent at first but quickly came to fully embrace the arrangement and wondered why they didn’t make the switch 10 years earlier.

Speaking of work, chief librarian Kari Lämsä says he prefers the concept of Library as Working Room rather than the more common Library as Living Room because living rooms are too passive. 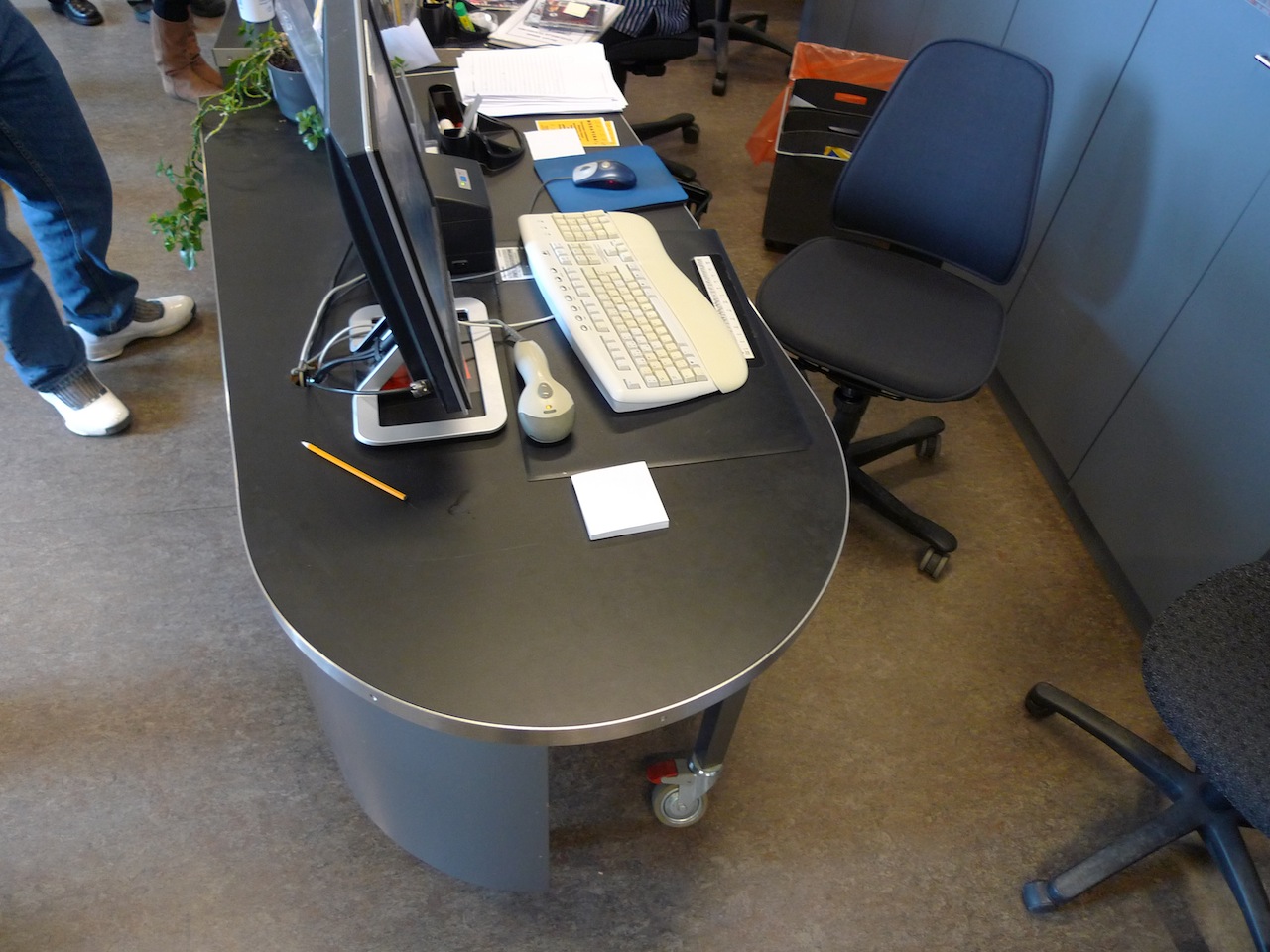 There are all sorts of other interesting things about the library. They have a group of people working on cool web stuff. I wrote about their country-wide library searching iPhone app in January.

They have a mobile events van that takes gaming equipment to other libraries. It also travels to music events in the Summer, changing out the content to be event specific. Library 10 tries put the same kind of people on both sides of the desk. Staff aren’t your typical library workers. A bunch of them are 20-something guys.

This Helsinki CIty Library location is across the street from Library 10 in a building full of stores and cafes. There are no materials to browse or check out. People bring in their computers to the Laptop Doctor for repair and for lessons. Most of the interactions are one-on-one but there’s a Laptop Club during which many people gather for instruction. 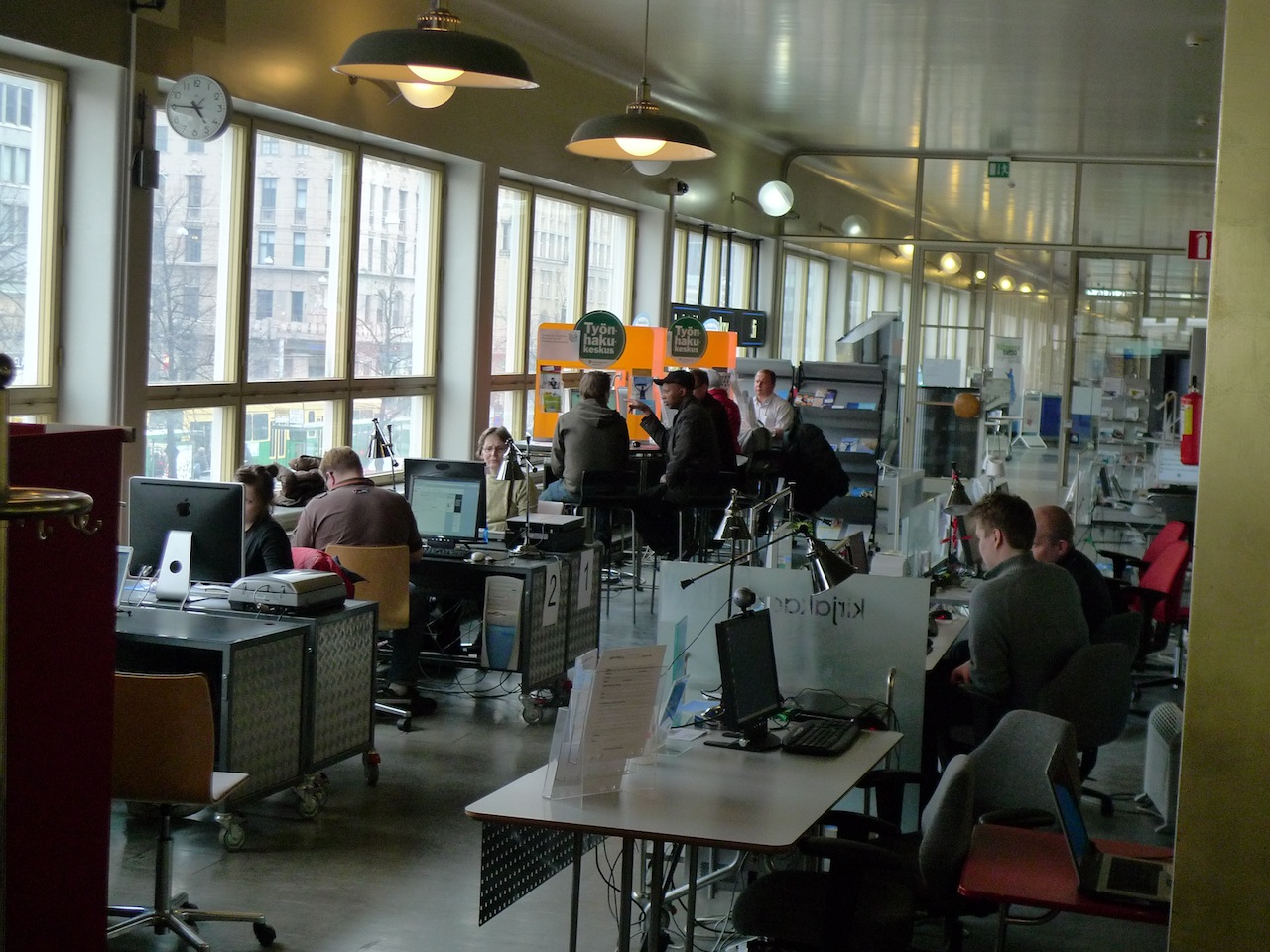 Other services include Citizen Media Computers with multimedia and publishing tools, a new and popular VHS to DVD setup and a few computers dedicated to finding a job.

Their next project is the Urban Office Workspace for people in the city that need a temporary place to conduct business. Two successful business have already been started at Meetingpoint. 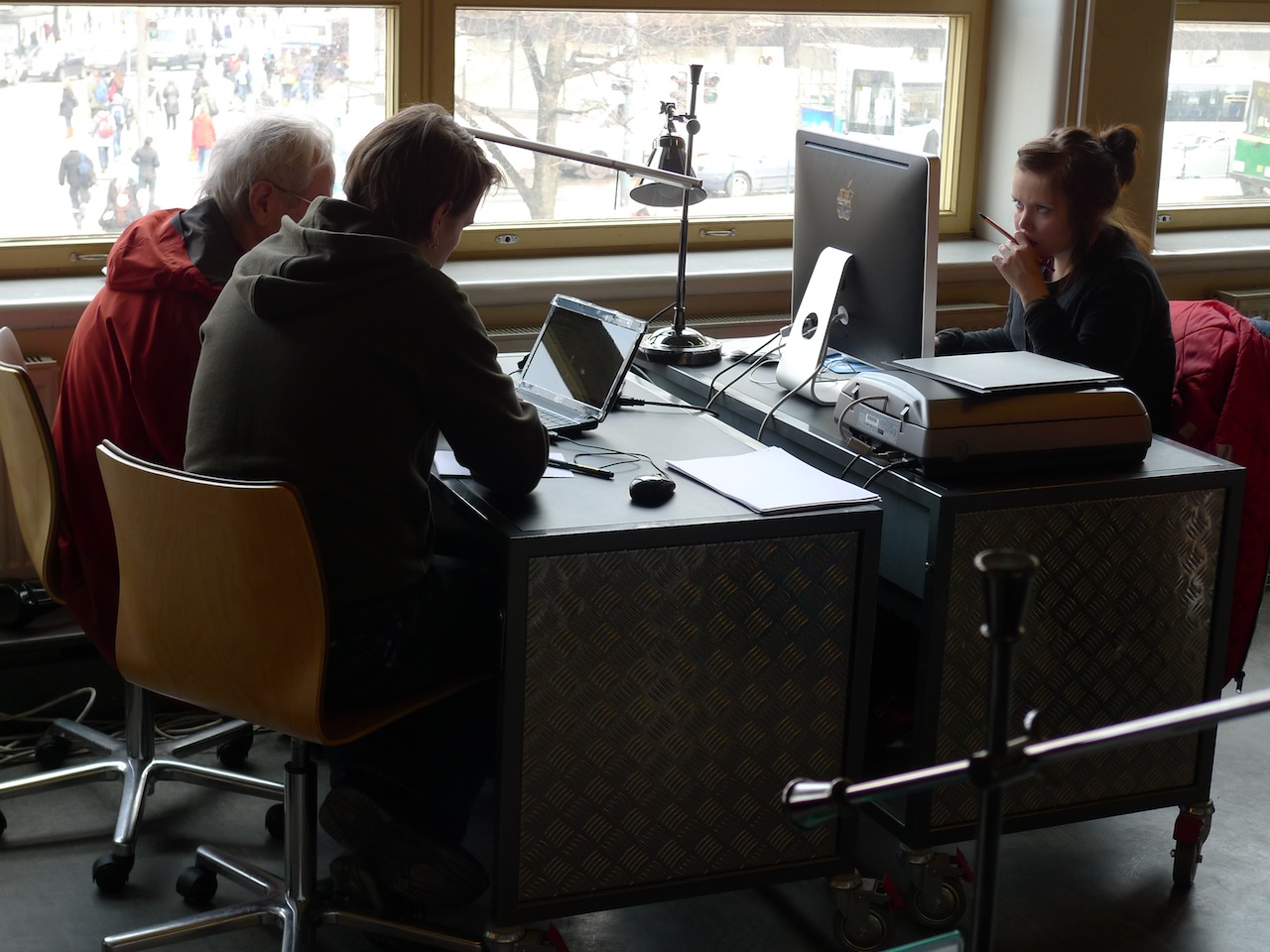 A place like Meetingpoint couldn’t work without an enthusiastic staff. Everything I observed indicated that they’re super stoked on doing what they do.

A group of us heard a bit about how Nokia learns from their R&D prototypes and incorporates ideas into their final products. We also got a tour of the Nokia Lounge which is a showcase of their products. They seem most excited about their phones for the developing world and they billed all of their smartphones as being extremely affordable. It almost seemed like they’ve given up on doing anything to combat iPhone-mania.

This was the neatest thing I saw. Wireless charging. 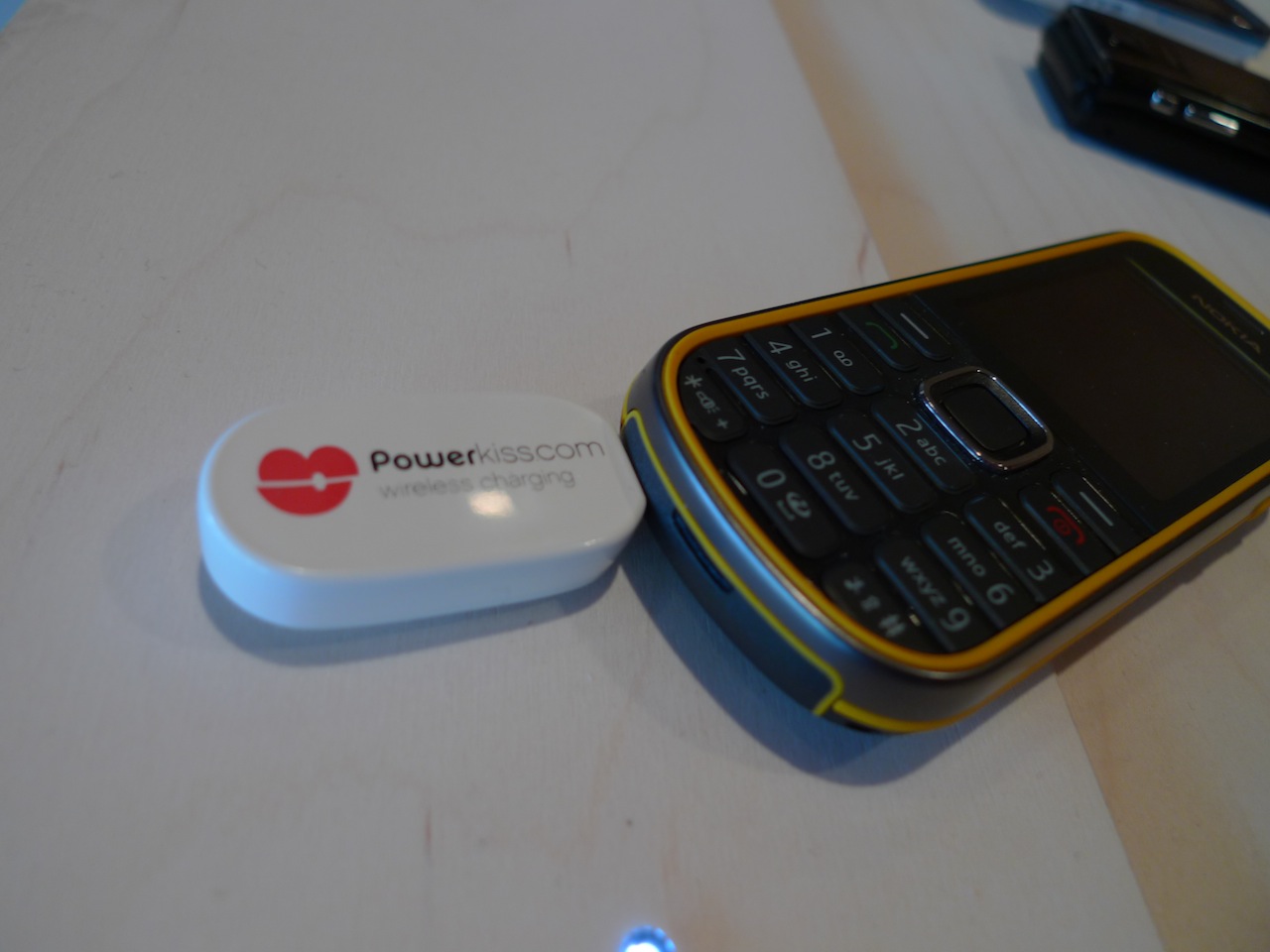 And, just for fun, here’s the first library sign using the Cyrillic alphabet I’ve ever photgraphed! 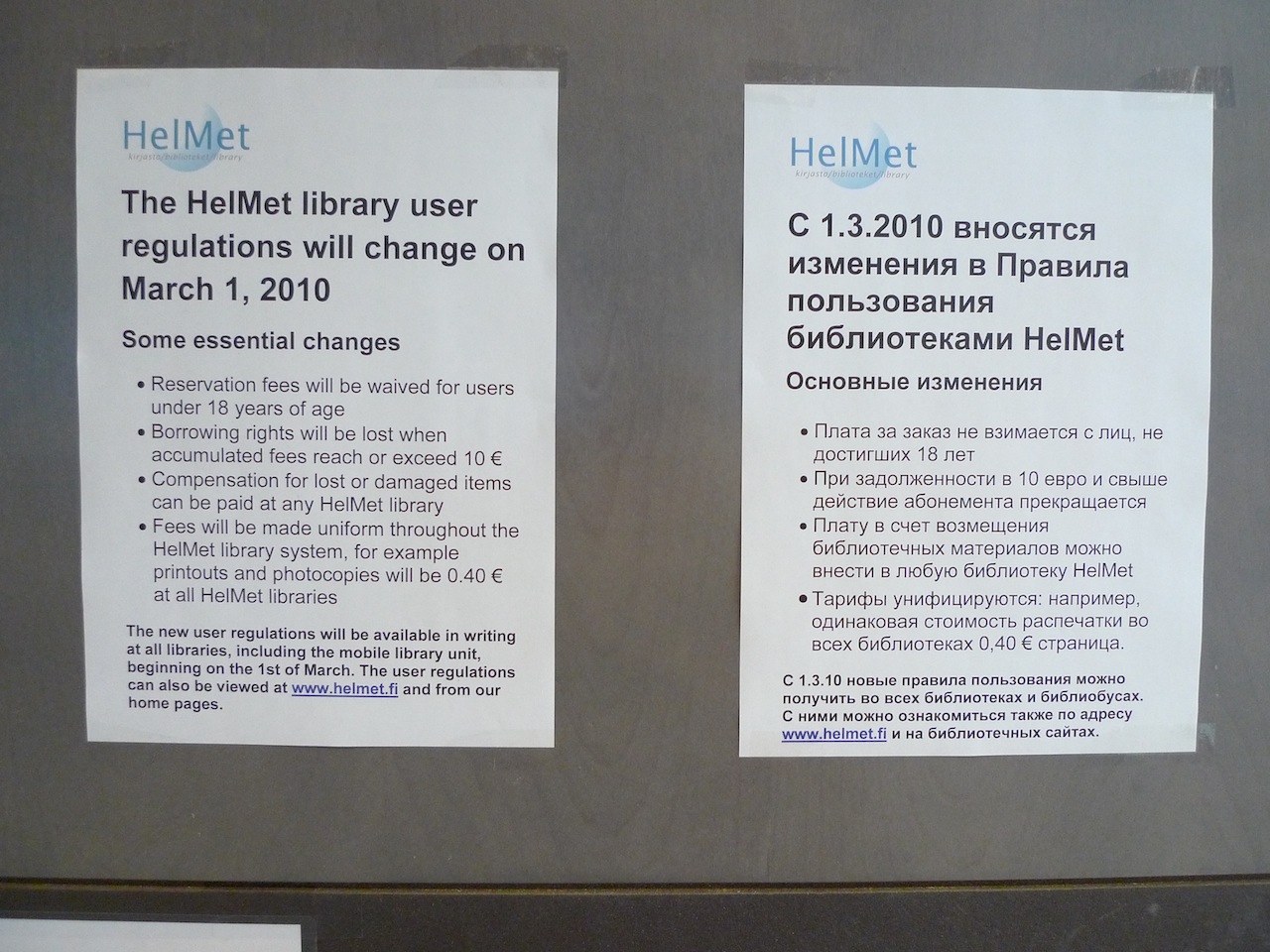 Library 10 on the HCL webpage

A presentation with some info on Meetingpoint