My friend Antti in Helsinki writes:

It’s the very first beta release of the app. So don’t be too harsh on it. It’s just a basic seach app with some special functions limited to Helsinki City Metropolitan Library (you can browse new book titles in cover images & a native client for reserving). It’s only in Finnish, but hopefully it’s clear how it functions. I posted some crude screen captures to our blog: http://labs.kirjastot.fi/?q=blogi/ikirjasto-app-storessa

There are currently 468 different Finnish libraries and 9 different library systems in the app. It covers almost all libraries in Finland. This made it a bit complicated to code, as you might imagine. This also delayed the project quite a while.

I like the fact that this app works for 468 Finnish libraries. We’re actually working on something similar for the next version of the DCPL iPhone app. 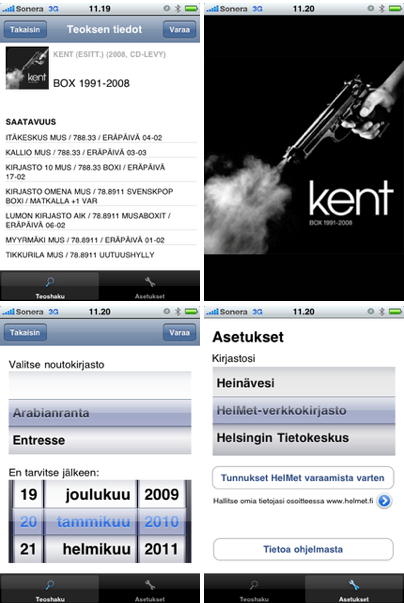